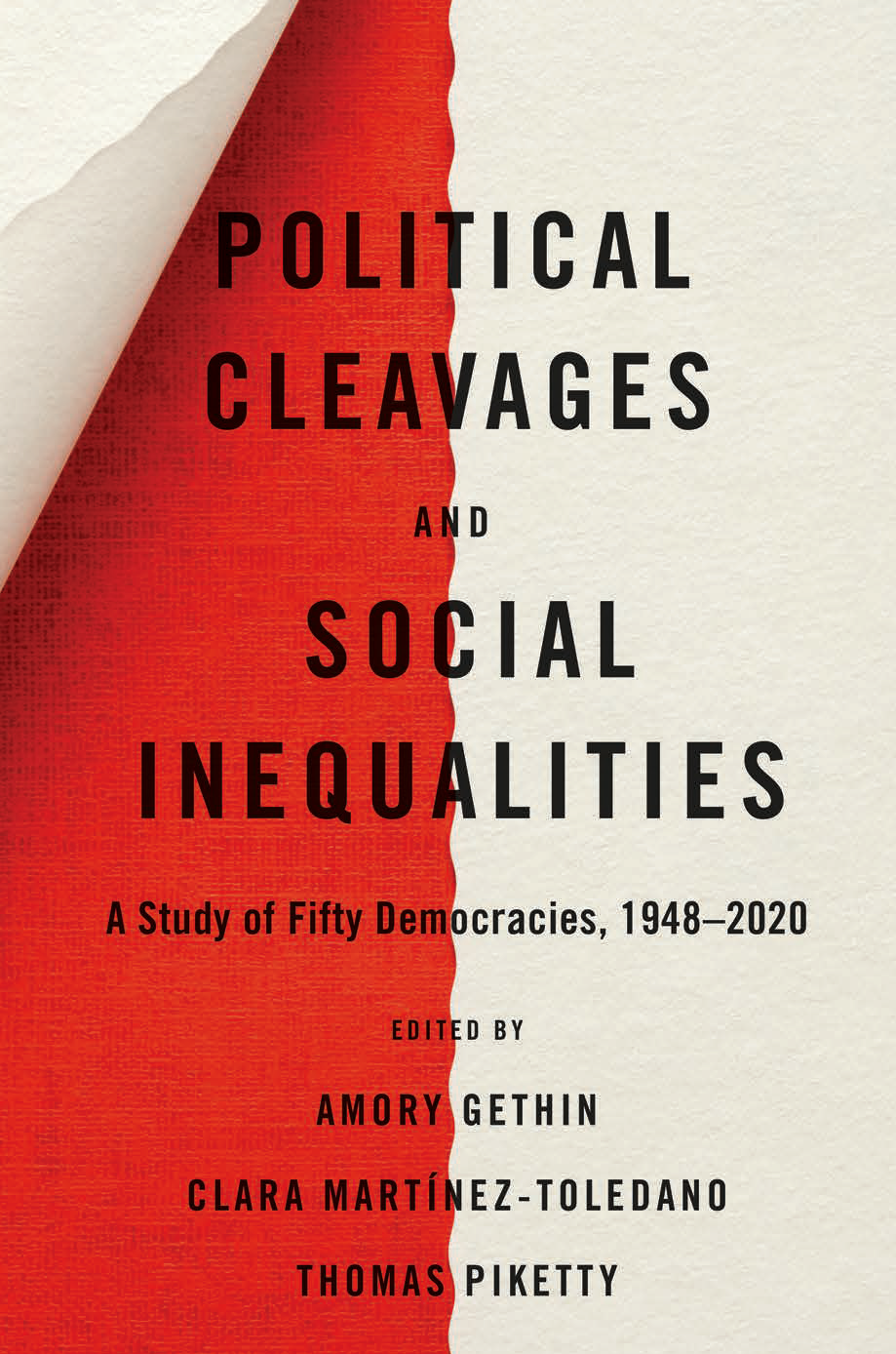 Who votes for whom and why? Why has growing inequality in many parts of the world not led to renewed class-based conflicts, and seems instead to have come with the emergence of new divides over identity and integration? News analysts, scholars, and citizens interested in exploring those questions inevitably lack relevant data, in particular the kinds of data that establish historical and international context. Political Cleavages and Social Inequalities provides the missing empirical background, collecting and examining a treasure trove of information on the dynamics of polarization in modern democracies.

The chapters draw on a unique set of surveys conducted between 1948 and 2020 in fifty countries on five continents, analyzing the links between voters’ political preferences and socioeconomic characteristics, such as income, education, wealth, occupation, religion, ethnicity, age, and gender. This analysis sheds new light on how political movements succeed in coalescing multiple interests and identities in contemporary democracies. It also helps us understand the conditions under which conflicts over inequality become politically salient, as well as the similarities and constraints of voters supporting ethnonationalist politicians like Narendra Modi, Jair Bolsonaro, Marine Le Pen, and Donald Trump.

(With links to working paper versions)

Introduction. Objectives and Organization of the Book

5. Political Cleavages, Class Structures, and the Politics of Old and New Minorities in Australia, Canada, and New Zealand

7. Party System Transformation and the Structure of Political Cleavages in Austria, Belgium, the Netherlands, and Switzerland

9. Caste, Class, and the Changing Political Representation of Social Inequalities in India, 1962-2019

10. Social Inequality and the Dynamics of Political and Ethnolinguistic Divides in Pakistan, 1970-2018

11. Political Cleavages and the Representation of Social Inequalities in Japan, 1953-2017

12. Democratization and the Construction of Class Cleavages in Thailand, the Philippines, Malaysia, and Indonesia, 1992-2019

13. Inequality, Identity, and the Structure of Political Cleavages in South Korea, Taiwan, and Hong Kong, 1996-2016

17. Social Inequalities and the Politicization of Ethnic Cleavages in Botswana, Ghana, Nigeria, and Senegal, 1999-2019

18. Inequality, Identity, and the Long-Run Evolution of Political Cleavages in Israel 1949-2019

The World Political Cleavages and Inequality Database (WPID) is the result of a collaborative research program involving about twenty researchers. The central aim is to provide open access to comparable, harmonized data on the structure of political cleavages and social inequalities around the world, from the mid-20th century to the present.

“This book is a breakthrough in the existing literature on the politics of social inequality. Not merely is the analysis intensively data-based, it goes beyond the usual confines of a small number of western democracies to a set of fifty democracies (or semi-democracies) in different continents over many decades. The analysis throughout is highly sensible, informative, and insightful.”—Pranab Bardhan, University of California, Berkeley.

“This monumental book presents the first international and historical analysis of political cleavages and of their interplay with inequality. This is a must-read book for anyone wanting to understand electoral politics in today’s democracies—the rise of ‘identity politics’ in some countries but not others, and the multiplicity of possible futures for the dynamic of inequality.”—Gabriel Zucman, University of California, Berkeley.

“This impressive book will rapidly become the central reference point for systematically charting trends in voting alignment across the globe. By including nations from the global South alongside established liberal democracies, Gethin and his colleagues challenge endemic Western biases in political research and reveal the systematic ways that inequality and credentialism have redrawn voting patterns over recent decades. Gethin and his coauthors offer exactly the kind of big picture perspective which political activists and campaigners, as much as social scientists, will hugely appreciate.”—Mike Savage, author of The Return of Inequality.

“This ambitious collection tackles a set of timely questions about the interplay among inequality levels and trends, political preferences and electoral behavior, and voters’ demographic and economic characteristics. Ideally, the volume will land in the hands of diverse audiences concerned with political polarization and social inequalities—including multidisciplinary social scientists, political actors, and social activists.”—Janet C. Gornick, Director, Stone Center on Socio-Economic Inequality at The Graduate Center, City University of New York.

“Here is a welcome throwback to the ambitious political sociology of the mid-twentieth century. The analyses are solid and the geographical range is appealingly broad. The authors’ portraits of shifting social cleavages raise fascinating questions about the nature and implications of ‘class politics’ in the contemporary world.”—Larry M. Bartels, Vanderbilt University.

“Combining ambition with humility, this volume explores cross-national and temporal variation in the structure of political cleavages with an eye to explaining the conditions under which income and wealth inequality becomes a topic of political contestation (or not). Refreshingly, the volume sidesteps longstanding debates among political scientists and illustrates how looking for patterns in macro data can yield new insights. Harmonizing election surveys from fifty countries, the database assembled by Piketty and his collaborators itself represents a major contribution.”—Jonas Pontusson, University of Geneva.